Across The Spider Verse Trailer!!!!!

Sony unveiled the title and first-look teaser for the Spider-Man: Into The Spider-Verse sequel at the Brazil Comic-Con on 12/4.  This is the sequel that all Spider-Man fans have been waiting for.  Check out the trailer inside.

Titled  Spider-Man: Across The Spider-Verse (Part One), this  implies the film will serve as the first installation of a two-part sequel. 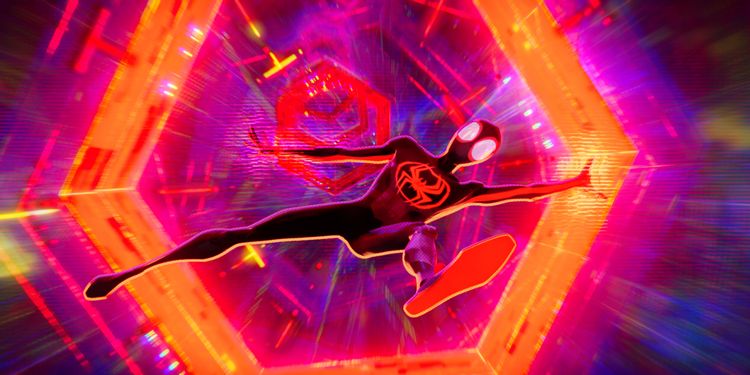 The first film of the saga is scheduled to release in theaters Oct. 7, 2022.

Spider-Man: Across The Spider-Verse will chronicle Miles Morales (Shameik Moore), the hero from the 2018 Oscar winner for Best Animated Feature, as he groups up with Miguel O’Hara (Oscar Isaac), “Spider-Man 2099”, and Spider-Gwen (Hailee Steinfeld) to face off with a powerful super-villian.

Issa Rae was also confirmed for a voice role back in June.

Returning as producers are Phil Lord, Chris Miller, Amy Pascal, Avi Arad and Christina Steinberg; Alonzo Ruvalcaba is co-producing. Lord and Miller will also be credited as writers on the film, along with David Callaham. Spider-Verse director Peter Ramsey is also returning as an executive producer, alongside Aditya Sood.