Beyonce to Direct, Star in a New Documentary

Knowles and her representatives at agency ICM have in recent weeks been shopping a nonfiction film to Hollywood studios about the celebrity’s life and career.

According to a person familiar with the package who was not authorized to talk about it publicly, the movie is as a mix of music and personal study, blending concert footage with confessional interview. Knowles not only stars in the project but is directing it, and will also serve as a producer. About 20 minutes of footage has been shown to distributors. 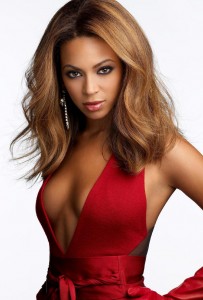 A representative at Knowles’ agency did not immediately reply to a request for comment.

Knowles certainly would have a lot to discuss in the doc. In the last 18 months, she’s released a top-selling album (“4”), split from her longtime manager (her father), and had a baby, Blue Ivy Carter, with husband Jay-Z, among other noteworthy events.

Although she’s attached to star in a potential remake of “A Star Is Born,” Knowles also has had a taste of the nonfiction film life. In June 2011, MTV aired “Beyoncé: Year of 4,” a “mini-documentary” that showed the artist taking time off and then returning to the recording studio.

I personally think this is going to a big movie. Everybody going to want to see how Beyonce handles different obstacles in life.This story was covered by Steven Zeitchik from the LA Times.