It’s clear that by now pretty much everyone has fell in love with the Boondocks. The show has stepped out of the norm by using offensive language and even taking shots at some of the big names in entertainment when it comes to shedding light on problems in urban communities, while making their audience laugh and think.

Nearly 2 years after the debut of season 3, The Boondocks creator Aaron McGruder announced back in May 2012 that the new season would be starting soon;  but never released an official premier date. 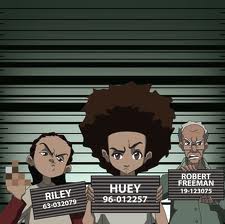 With August approaching and still no word, viewers are now wondering; when does it start? Rumor has it the new season will be starting late 2012. Again no official premier date yet but what better to do while you wait than watch reruns of the other 3 hilarious seasons that stars Riley, Huey and Granddad?