Family animated tentpole Madagascar 3: Europe’s Most Wanted landed at the top of the domestic box office with a stand out $60.4 million opening, besting the $50 million scored by Ridley Scott’s epic Prometheus. 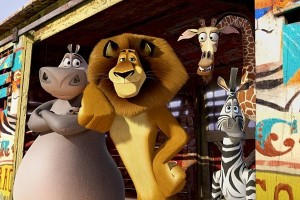 However, Prometheus was no slouch for an R-rated, original tentpole, and did more than expected on the strength of Scott’s fan base and 20th Century Fox’s creative marketing materials. Reversing a downturn that has plagued the box office since early May, North American box office revenues were up nearly 30 percent from the same weekend last year thanks to the two films.

In my opinion this movie is a must see if you have a kid or not. Im going to see it myself and I will give Prometheus a try.