FX has been putting out American Horror Story: Freak Show teasers at a terrifying pace, but in all those snippets of clown-screaming and extra limbs, we’ve yet to see any real footage from the show.

Today, that changes- FX has put out a new trailer for the next season of American Horror Story, and it’s full of that one thing we’ve so desperately craved: actual footage.

And by “beautiful,” we really mean Please no get this clown away from us. 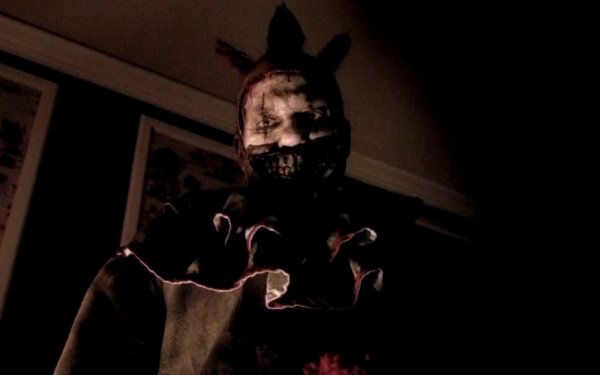 Included in the footage are a lot of characters we’ve already seen, but a few more of the Freak Show’s freaks that are debuting now (are we allowed to call them that? Given the scream of “Don’t call us freaks!” in the footage, probably not).

Most notably among them: Twisty the Clown. Twisty, played by John Carrol Lynch (Drew Carey’s brother on The Drew Carey Show), is some kind of hellish clown nightmare that will be stalking and killing innocents while the rest of the… circus folk (I guess that’s a little more PC) do their thing.

Buzzfeed debuted the trailer, but since then it’s made its way onto Youtube as well.

Lynch looks absolutely terrifying. No idea if that’s a mask or if he’s missing most of his face-skin, but I assume we’ll find out for sure the next time he steps into a slightly brighter light source.

Now, for fun, here’s the opening credits to Freak Show, which have also made their way online.