I feel like FX is trying to tell us something with this first American Horror Story: Freak Show trailer.

The tag for the trailer is “Ready to peek under the big top? Prepare yourself.”

At the end, we see Jessica Lange as the de facto queen of the freak show, sporting a a long billowy dress that looks just like a big-top tent. And the final shot of the trailer is then the actual tents falling down.

Peeking under a big top… that’s also a dress? Hmm…

Maybe it would help if I told you the title for this first trailer was “Voyeur.” 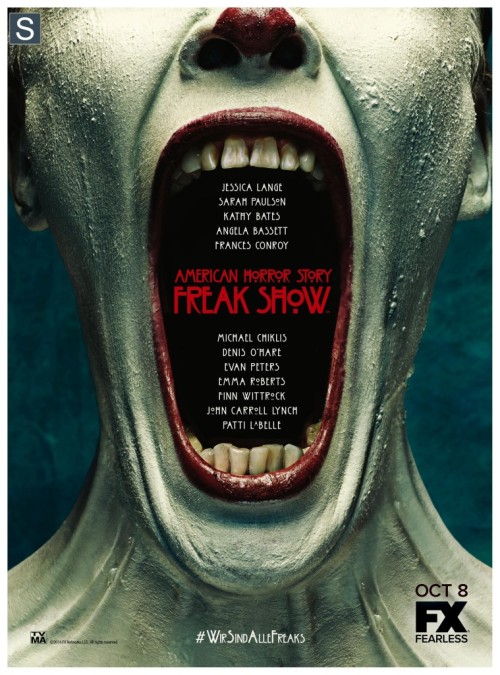 Yeah, it’s not exactly subtle, but neither is American Horror Story, so it works out pretty well. And inside the trailer, we’re getting a first glimpse at the many carnival freaks on display (are we allowed to say freaks? Given that the season is titled “Freak Show,” probably).

Standouts would be Kathy Bates as the bearded lady, Michael Chiklis as the strongman, Sarah Paulson as the two-headed woman and Angela Bassett as the three breasted woman. Which is perhaps a little too close to Total Recall, but we’ll allow it in this case.

Check out the trailer below, keeping in mind at all times that American Horror Story and Glee come from the same creator.