Foxcatcher Trailer: Steve Carell Will Kill Us All

And by “gold,” we mean the Olympic gold medal for wrestling. Because in Foxcatcher, Tatum is playing Mark Schultz, an Olympic gold medal-winning wrestler who trained with multimillionaire John du Pont in the late ’80s. Only du Pont was not a well man, and eventually drove the two of them down a horrific path that ended with du Pont murdering Schultz’ older brother Dave. 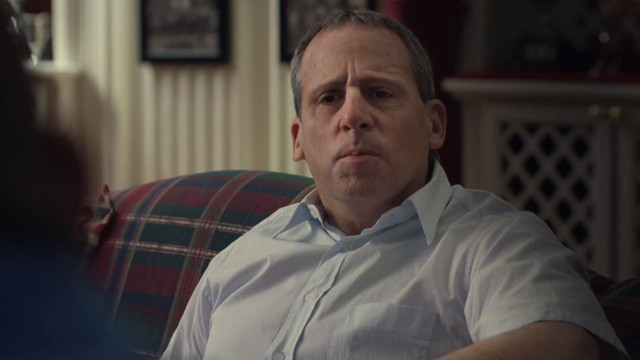 And he looks utterly terrifying.

Realistically, we should not be afraid of Steve Carell. He’s done nothing but make us laugh for his entire career. Even in his somewhat serious films, like Little Miss Sunshine, it’s hard to take him 100% seriously- look at his face too long and you’ll remember some long-ago Brick Tamland quote (“one of those delicious falafel hot dogs with cinnamon and bacon on top”) and all sense of “serious movie” goes catapulting out the window.

But Foxcatcher makes me absolutely afraid of Brick Tamland. And chances are, he’ll do the same to you, if you watch the newest trailer for Foxcatcher.