Game of Thrones is already overstuffed with characters as it is. And yes, characters get horrifically dispatched about as often as new ones are trucked in, but the point remains: oodles of characters. Only an hour per week to show them.

With that in mind, HBO might just be axing a few from the upcoming season. Don’t take my word for it- take Kristian Nairn‘s:

(Kristian Nairn, by the way, is the actor who plays Hodor on the HBO series). Here’s what he just said to Yahoo News:

“We [Hodor and Bran] have a season off and we have a year’s hiatus, solely because I imagine our storyline is up to the end of the books,” says the seven-foot tall Irishman.

“So, I get my year off now to do Rave of Thrones and gallivant all over the world.” 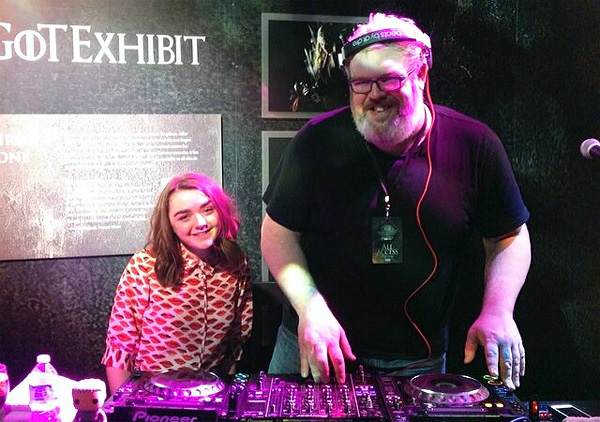 And yes, “Rave of Thrones” is exactly what you think it is.

So that’s it then. No Hodor and no Bran for the next season. It’s a shame for all who love Hodor (and I’m fairly certain that group and “people who watch Game of Thrones” are one and the same), but probably for the benefit of the show itself.

Except for one thing. At the very end of this Youtube video, Isaac Hempstead-Wright (who plays Bran) says he’ll be showing up during the next season.

Who do we trust? The man with a significantly larger part (Bran) or the man who is large enough to crush the spines of anyone who questions his words?

Not that Nairn would ever do any non-fictional spine crushing. He seems like a perfectly nice guy.

Again, it’d be better for the show to take a little Bran ‘n Hodor break, but it’d also be preferable if HBO got its house in order, because this is confusing.