The headline above does not deceive you. At one point in time, Stan Lee was planning on flipping the bird at cinema’s most lovable talking space tree: Groot.

Why anyone could hate a face like this, though, is beyond me.

Translation: “I am Groot”

Okay, maybe not that face. Maybe something more like this: 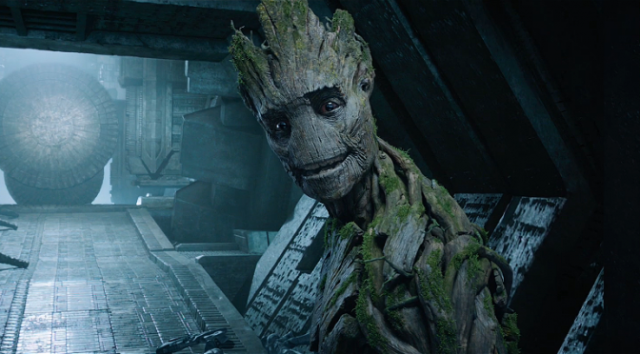 Translation… still “I am Groot,” probably

Here’s what we know about the supposed bird-flipping. At Dragon Con, Guardians of the Galaxy director James Gunn (along with his brother, actor/writer Sean Gunn, who played a Ravager and was also Rocket’s stand-in) spoke on a lot of the material that never made it into the finished movie.

And according to Collider, here’s a particularly juicy bit:

“Originally, Gunn had planned to have [Stan] Lee in one of the Collector’s exhibits.  Groot would then look at the exhibit aghast, to which Lee would flick off the large tree creature.”

Apparently Disney didn’t bite on the idea of beloved Marvel grandpappy Stan Lee flipping off one of their heroes. So instead, Lee played a greasy old dude who wooed the ladies and was pointed and laughed at by Rocket.

I guess that’s an improvement. Either way, Gunn had better have a solid Lee cameo in mind for Guardians of the Galaxy 2. And also new characters, a knockout story and a soundtrack that can match the first film.

All that stuff, really.