Is This A Description For the First Jurassic World Trailer?

With a scant few months left before Jurassic World is in theaters (seriously, it comes out in June- that’s like eight months from now), we just want one thing.

Dinosaurs. We want dinosaurs. And we’d like them as soon as possible.

Luckily, it appears Universal is starting to shop a Jurassic World trailer around to some  test audiences, and thanks to JurassicWorld.org, we have a description of that very trailer. 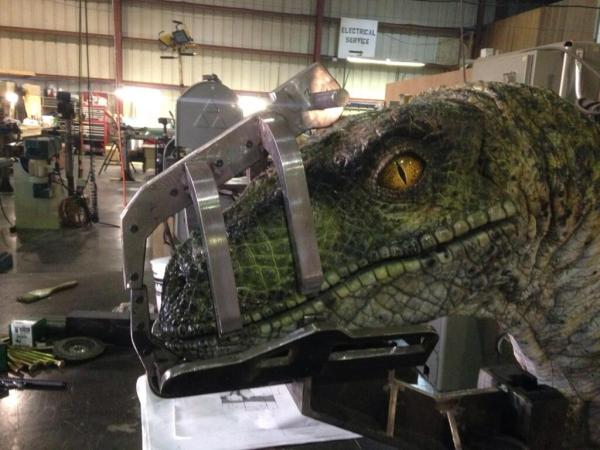 Ok, technically this doesn’t come from JurassicWorld.org, because their description has been removed at the request of NBC/Universal, but other sites (thanks, Screen Rant) still have it up, so we’ll take it from there.

“The trailer opens with tourists traveling by ferryboat to Isla Nublar, where an operational amusement park known as (what else?) “Jurassic World” is located.”

“We get to glimpse some of the dinosaur-based attractions at “Jurassic World”, which include the Gyrosphere mentioned in the park map and brochure props created for the film.”

“A Great White Shark is shown being fed to a large aquatic dinosaur, to the delight of onlooking park guests.”

“Some dinosaur – presumably the confirmed “new dinosaur” engineered by the park’s scientists (which includes Bryce Dallas Howard’s character, who appears briefly in the trailer) – gets loose, resulting in a quick montage of the chaos that ensues.”

“The trailer concludes with Chris Pratt’s character, a dinosaur handler, revealing that he has muzzled (and tamed) Velociraptors, whom he employs to help track down and recapture the renegade creature.”

Everything described here jives with what we already know- that Pratt’s character is some kind of raptor genius, that the park has engineered a super-smart hybrid dino that gets loose, and that there’ll be aquatic dinosaurs and nifty future rides.

But if it’s legit, then all we ask is this. Please, Universal. Let us see the thing already.