“Anyone wanna buy my Malaysian Airlines frequent flier miles?” Jason Biggs shot this joke out on Twitter shortly after noon Thursday, hours after a Malaysian passenger plane was shot down over the Ukraine. It was carrying 295 people. The tweet sparked controversy across social media sites. And unlike many celebs who slink away and delete tweets after over-stirring the pot, Biggs is standing behind his joke…and he’s even gone a few steps farther. 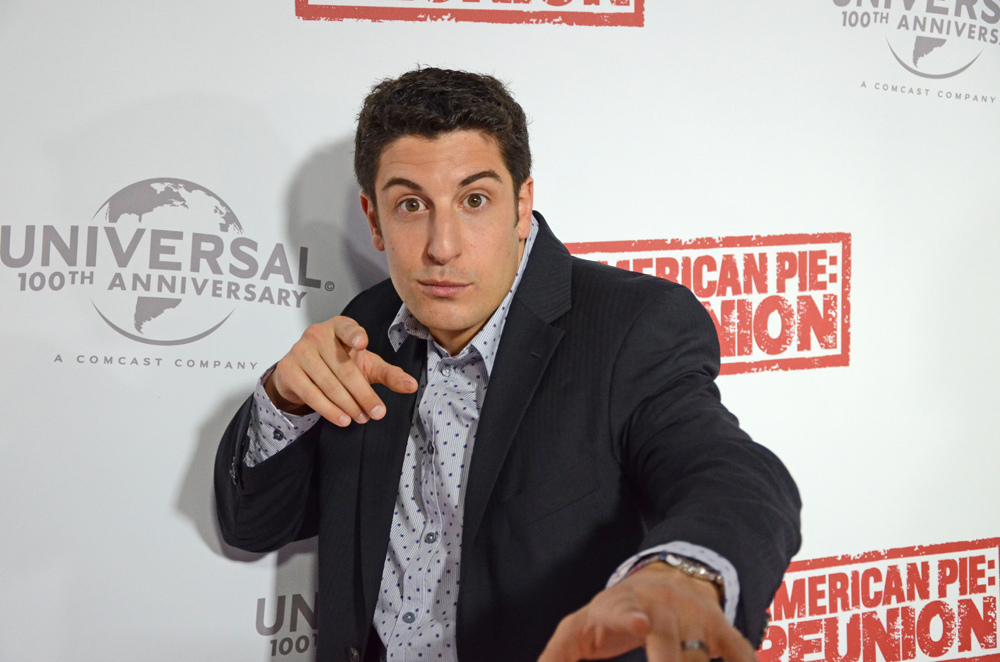 The ill-timed tweet unleashed a torrent of negative comments aimed at Jason Biggs, who wasted no time firing back to offended parties. Biggs is currently a cast member on the Netflix hit Orange is the New Black. His character on the series also suffers from poor judgment.

“It’s a f—ing joke. You don’t have to think it’s funny, or even be on my twitter page at all.” Biggs tweeted this response less than an hour after his rage-inducing tweet. That was a few minutes before he called his Twitter followers “you losers” and advised them to “channel your issues elsewhere.”

It’s not the first time Biggs has gained attention for his gallows humor. He also joked about the death of Bachelorette contestant Eric Hill in May.

The Malaysia Airlines passenger jet crashed into the eastern Ukraine early Thursday. Further investigation has proved that the plane was shot down by a surface-to-air missile. Malaysia’s Prime Minister, Najib Razak, said that “no stone will be left unturned” as the matter is investigated. Ukrainian officials have pointed the finger at pro-Russian separatists.

Russia and Ukraine have been experiencing extremely strained relations leading to open conflict in recent months. Investigators could be sorting this mystery out for weeks.

That will give Jason Biggs plenty of time to make more tasteless Twitter jokes.