JWoww, otherwise known as Jenni Farley, is officially a mother — and we mean the actual maternal kind. The former Jersey Shore star gave birth on lucky July 13 to a bouncing baby girl, officially named Meilani Alexandra Mathews. Sure, but what’s her Shore name going to be? We like MYeah, Daughter Lani and JWoww’s Kid. 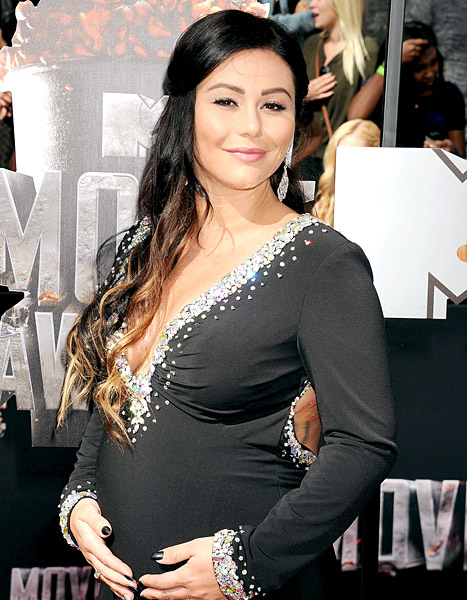 Jenni is the second Jersey Shore mom; her former co-star Snooki had a baby of her own in 2012. Meilani weighs a healthy 7 pounds, 13 ounces, and a rep for the family says mom and baby are both doing well. Roger Mathews, JWoww’s finance, is the proud papa.

Jenni and Roger can currently be seen on WeTV’s Marriage Boot Camp: Reality Stars. They are one of several on-the-rocks couples who are attempting to better their relationships. JWoww and Roger have been engaged since September 2012. They announced that they were expecting a daughter via Twitter Christmas 2013.

Teasers on WeTV suggest that JWoww has more big plans in the works. Look for her on their upcoming new season of David Tutera’s CELEBrations.

Jenni Farley has been a fixture on reality TV since first appearing on the Jersey Shore in 2009.