This week in the NFL so something happen that hasn’t happened yet all season! And it is starting to become much clearer who the playoff contenders are going to be vs who’s just hoping to get this season over with. As I always I will give you my take on the most interesting games of the week in this edition of Monday Morning Quarterback. 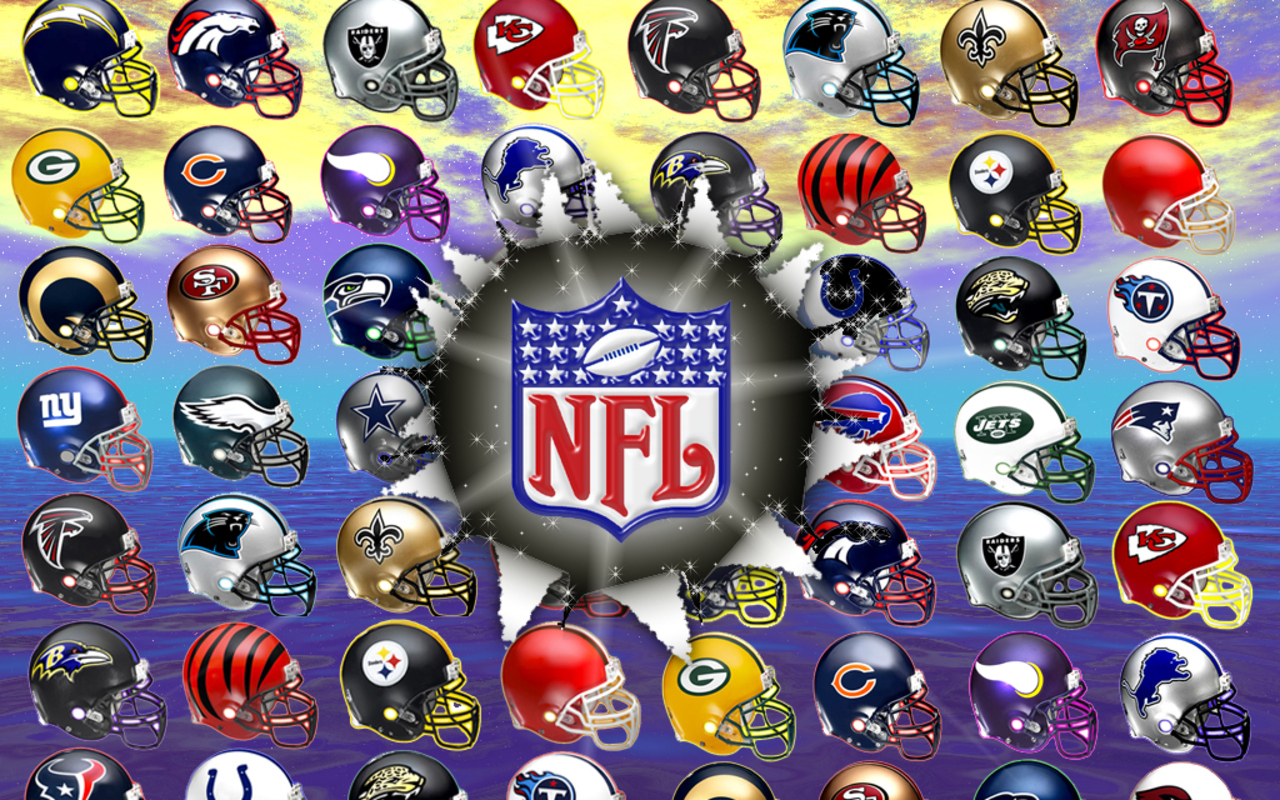 First game I will lead off with will be Jacksonville vs Tennessee. On the surface this game looked like it could be the Jags first win of the season– and IT WAS!! Congratulations to the Jacksonville Jaguars for playing competitive football and pushing to get their 1st win. It was a tight game but the Jags pulled it out in the end with a 29-27 win over the Titans. 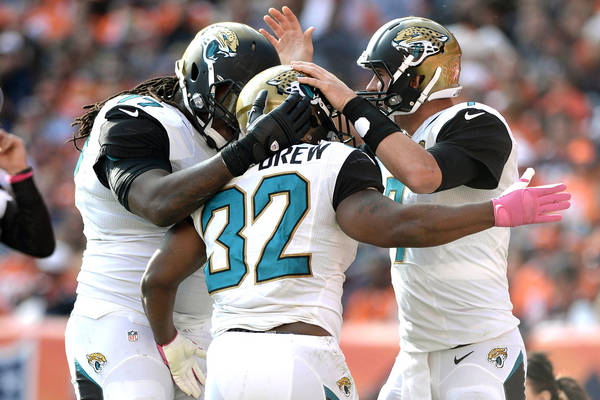 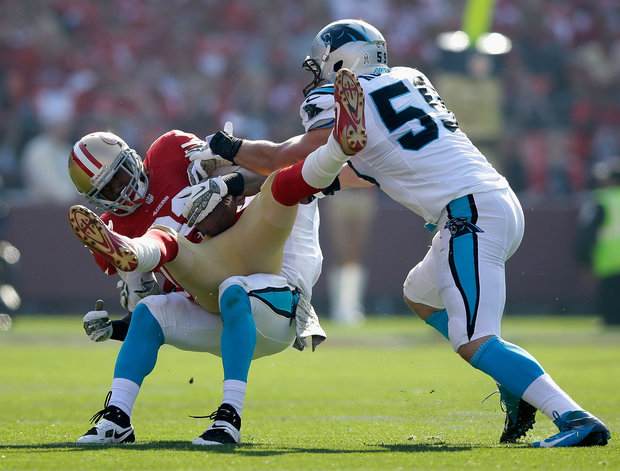 The game of the day was the Panthers who were on a 4 game win streak traveling to play the 49ers who were also on a win streak of there own– so something had to give! It was a pure defensive battle where both offenses were stymied to near futility. Kaepernick once the great hype of the league was held to less than 100 yards passing for a 2nd time this season and overall he hasn’t been very spectacular this year. So much for the “Pistol Offense” Instead the 49ers have been riding Frank Gore and their stellar defense to wins. 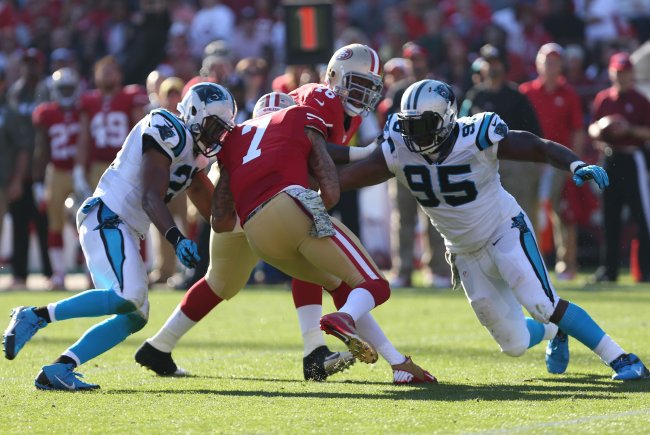 Both defense were forcing turnovers and playing hard-nosed football but it came down to a late conversion in the 4th quarter where Killa Cam Newton connected with Steve Smith for the 1st down and put the game on ice so the Panthers could take win number 5 in a row. I remember telling one of my best friends Derrick that Kaepernick was greatly over rated and that he wasn’t nearly as good as the media was making him out to be– looks like I was right.  Panthers win 10-9.  Kaepernick was sacked 6 times….meanwhile Alex Smith and the Chiefs are 9-0.

The Detroit Lions took on the Chicago Bears for lone possession of the top spot in the NFC North division. Both teams looking to take advantage of the absence of Aaron Rodgers from the Packers and get some wins and distance. This one was tight all the way till the end Bears Quarterback Jay Cutler was pulled in the late 3rd because of retaking his groin injury and it showed in how gingerly he was moving around and wincing in pain. Wide Receiver Brandon Marshall had a big game catching 7 balls for 139 yards and 2 TD’s.  Alshon Jefferies added 9 catches for 114 yards but it wasn’t enough to get past Stafford, Reggie Bush and the Lions. 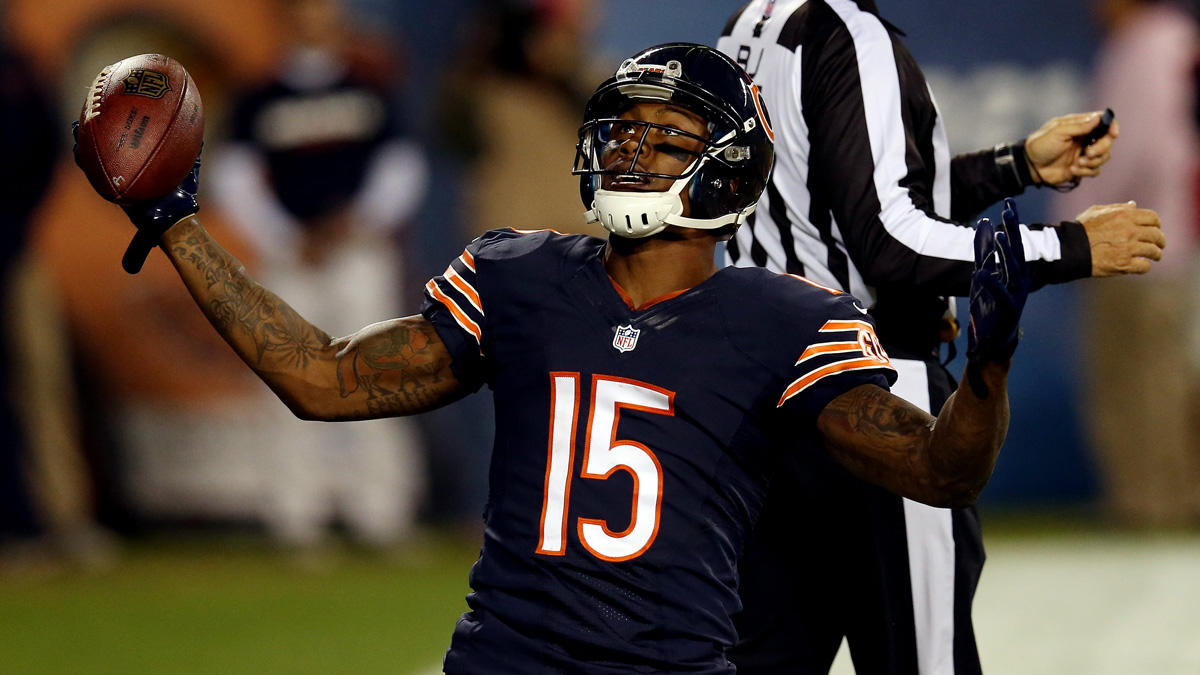 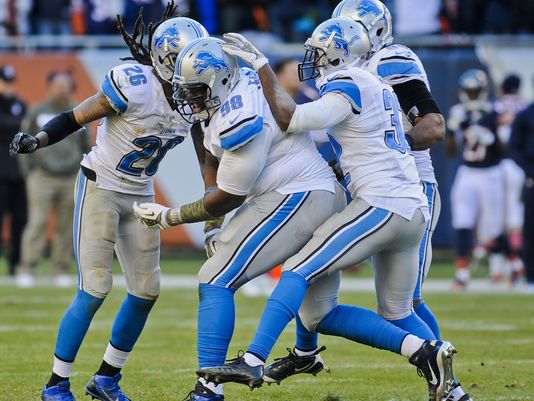 Detroit held the Bears off with some late defense stopping not one but two– 2 point conversion tries to seal the victory. The Lions are in a great spot with Cutler and Rodgers both out for the Bears and Packers. They hold the keys to their playoff destiny. 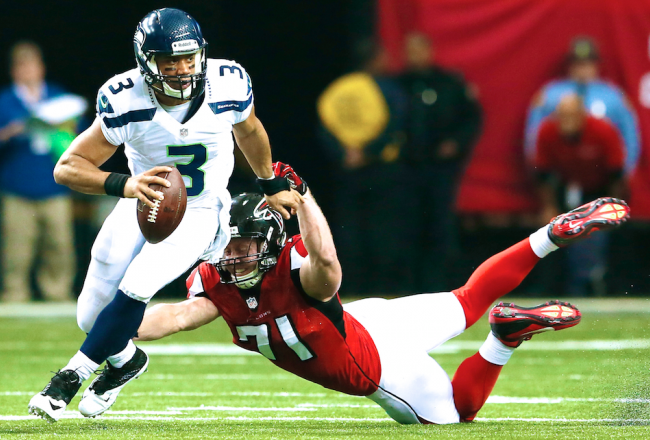 The now 9-1 Seattle Seahawks went on the road to Atlanta and completely wrecked shop on them. The Seahawks dominated the game on both sides of the ball and Marshawn Lynch ran wild on them to the tune of 145 yards on 24 carries. This was dubbed as a “revenge game” for the Hawks’ since they were knocked out of the playoffs last year by the Falcons, but in reality a regular season loss NEVER feels as bad as a playoff outing. The Seahawks will clearly be in the postseason this year….and the Falcons….well hey there’s always next year. Seahawks crush the Falcons 33-10. 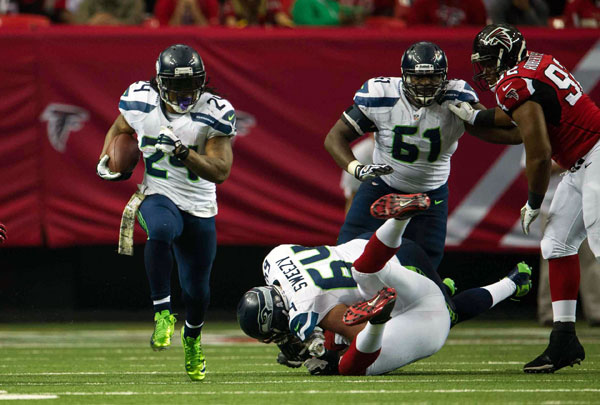 Outside of the Jaguars getting the win yesterday…the biggest surprise of the day had to be the St. Louis Rams DESTROYING The Indianapolis Colts. The Colts are a unique conundrum because they have beaten the 49ers, Seahawks and Broncos which is the most impressive win resume in the league…but they went out and got it handed to them versus the lowly Rams. The Colts Defense and Offense got exposed in a few areas this game. Somethings they will need to correct if they want to make a serious push for the playoffs. 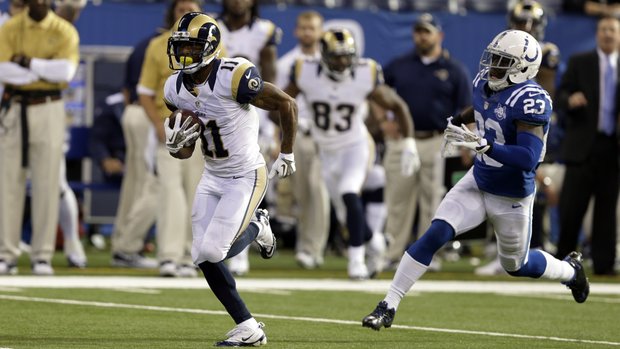 Rookie Wide receiver Tavon Austin went H.A.M on them for a 98 yard punt return for TD and caught 3 passes, 2 of them going for long TD’s. The Rams haven’t been very good or exciting since the years they had “the Greatest Show On Turf” and this season looked like it may be a breakout year for them.  Imagine how much further this team could have gone if Sam Bradford were healthy… 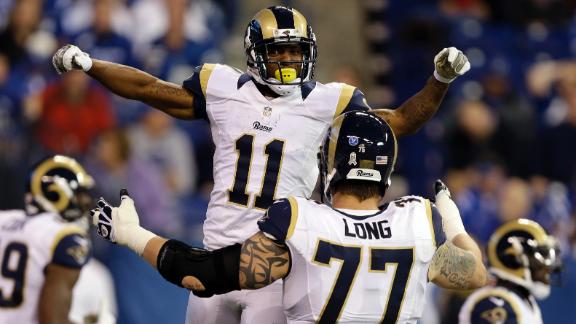 The Broncos continued to roll early versus the Chargers but San Diego made it interesting towards the end when they got a couple of sacks against Manning. Manning had another good game with 4 TD’s and 33o yards through the air. The Charger game plan was to eat up the clock and play a ball control offense which worked well but they stalled out when the made it to the redone and had to settle for field goals. 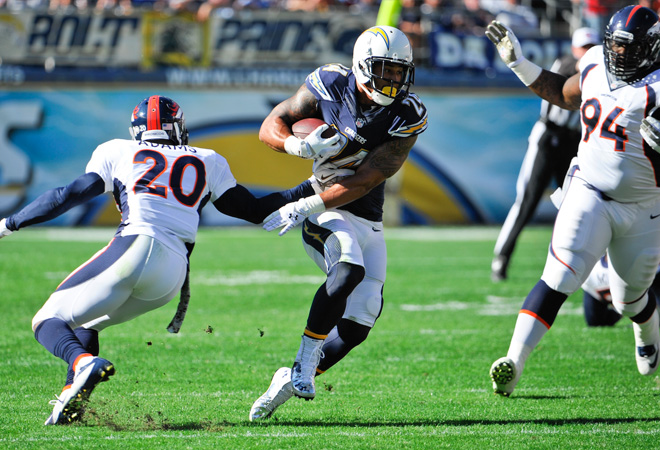 The Broncos did what they do best and they scored TD’s which was the difference in the game. D. Thomas caught 3 TD passes for the Broncos and he’s the 1st to do that since Shannon Sharpe!!! WOW. 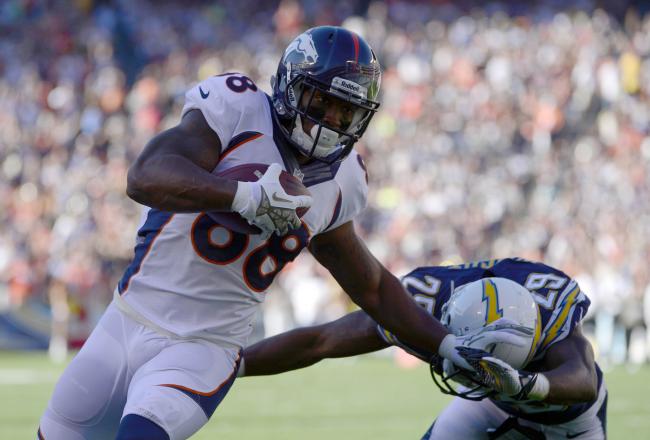 Denver topped San Diego 28-20 to keep the momentum going for the game of the YEAR next week at home against the undefeated Kansas Chiefs.

In the night game the Dallas Cowboys went to New Orleans to go toe to toe with the Saints. The Saints have owned the Cowboys since Drew Brees has been under center and this game was no different. It was close until the 2nd Quarter where the Saints blew it opening scoring 21 points. 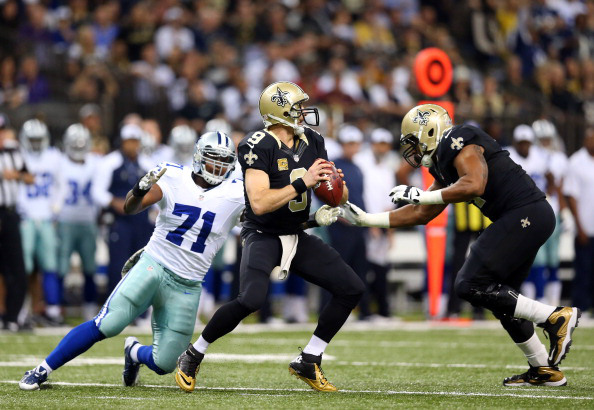 Rob Ryan who was fired by Jerry Jones last year had his Defense well coached and up to the task. Dez Bryant was frustrated all night long and only caught 1 pass for 44 yards. He as a none factor in the game and Tony Romo struggled all night with defenders in his face from constant pressure. Romo was a weak 10/24 for only 128 yards and 1 TD. Brees on the other hand looked like the Wizard Of Yards throwing for 392 and completing 34/41. 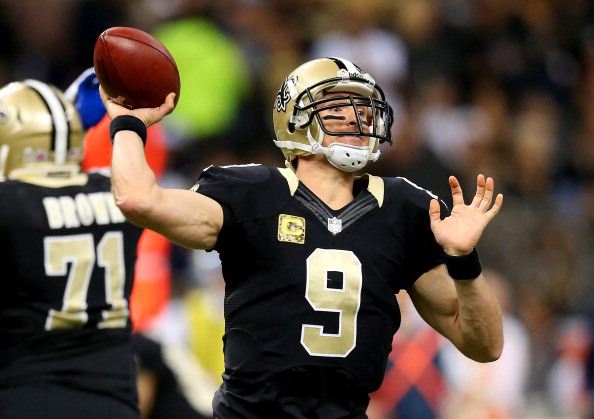 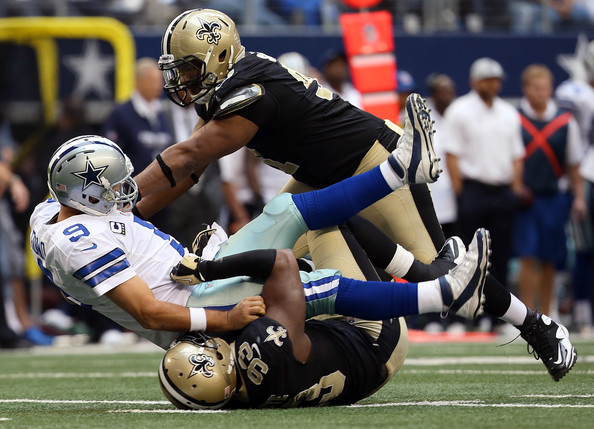 In other action on Sunday..

The Eagles beat the Rodger-less Packers 27-13. Matt Flynn is said to be being flown in to workout for the team on today.

The New York Giants are trying to claw back into the NFC East race with a win over Oakland 24-20.

Baltimore edged the Bengals 20-17 in overtime. The Bengals are allowing their lead in the division to slip away.

The Steelers beat The Buffalo Bills 23-10. There are rumors that Big Ben was once talking about wanting to be traded which I find to be very strange. Roethlisberger denies this.

Arizona sent the Texans out of the desert with a 27-24 loss. Cardinals are silently better than most would think and they could sneak up on a few teams this year as the race for the playoffs picks up.