Through the first 5 weeks of this NFL season, We have seen a number of rookies that are totally disappointments so far.  It takes most rookies time to adapt to the speed and toughness of the NFL. But for some they came day 1 ready to go here a few of them: 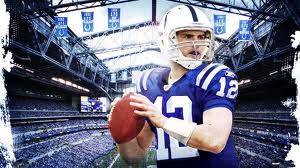 I watched the last drive against the Green Bay packers last week. I totally forgot that this guy is a rookie. He has to be one of the most prepared rookies EVER. Luck is a natural leader, a fearless competitor and a talented quarterback who has already come back to win two games in the fourth quarter.  If he had any type of offensive line, they might be just a 1 lost team. Tom Brady and Peyton Manning are not ready to pass the torch but when they are Luck will be first in line. 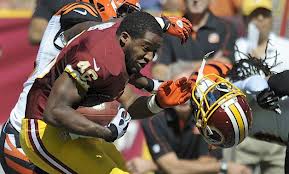 When I watched the Redskins first game, I didn’t know who this guy was at all. A 4th round draft pick on a team that had two decent running backs( Roy Helu and Tim Hightower). By the end of the game I understood why he was the starter. He is a physical downhill runner who always falls forward. Coach Shanahan has done it again. Like T. Davis, Olandis Gary and Mike Anderson before him. Coach Shanahan has a gift of drafting late round running backs and making them stars. 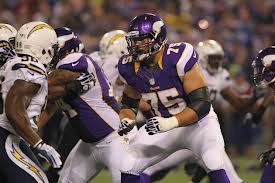 The Vikings know how to draft! Kalil was rated as the top offensive lineman in last year’s draft and he is showing why. His strength, quick feet and leverage put him in position to dominant. He hasn’t given up a single sack in five games, and has only allowed a single quarterback hit and six hurries. Sounds like a future Pro-Bowler to me. If he stays on this course he will make the All-Pro team this year. 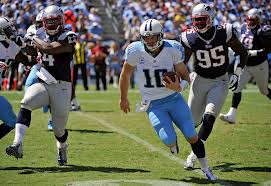 Jones has tallied 18 tackles (nine solo), three sacks, two forced fumbles and a tipped pass. Even when Jones isn’t the one making the tackle or sack for the Pats, he’s having a positive impact on the game. He is the best defensive lineman from this draft class period. He has a non stop motor and is always hustling to the ball. He is currently receiving most of the double teams meaning that offensive coaches are realizing that they have to keep an eye on him. 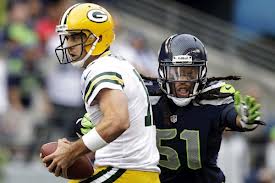 Irvin looks to have the skills, temperament and athleticism to become an elite pass-rusher in the years to come. He has 4.5 sacks in 5 games and is consistently putting pressure on opposing QB’s. Sounds a little familiar to me (Aldon Smith). Lets see if he can become a full-time starter or just a situational player, Either way this guy is no joke. 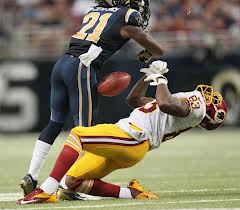 Through five games, Jenkins has one interception, six passes defended and has held opposing quarterbacks to a 55.6 percent completion rate and 74.8 passer rating. All of that is great but the biggest thing to me is his hips and change of direction skills. He changes direction so fast it’s almost cheating. I have never seen anyone since PrimeTime change directions that fast. When you watch this guy he plays with passion and a good understanding of the game. He is already a top 10 DB, if he can stay out of trouble( A really Big If) and keep developing his ball skills. He will be battling Peterson for the top corner in the league for years to come. 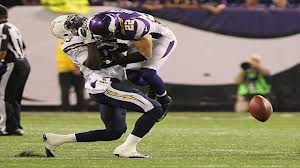 Athletic, strong and instinctive, Smith is already proving that the Vikings made the right decision when they traded back up into the first round to land him last April. Smith is a big reason the Vikings are 4-1 right now. Through five games, Smith has made 17 solo tackles, has defended four passes, and is holding opposing quarterbacks to just 55.6 percent of passes and a passer rating of 70.1. The Vikings know how to draft!