You still have to wait for “Mockingjay Part 1” to come to theaters, but you can enjoy the official trailer right now. The one-minute movie clip shows Jennifer Lawrence at her Katniss best. Fans will also see Natalie Dormer in the “Hunger Games” world for the first time, along with a few already-familiar faces. 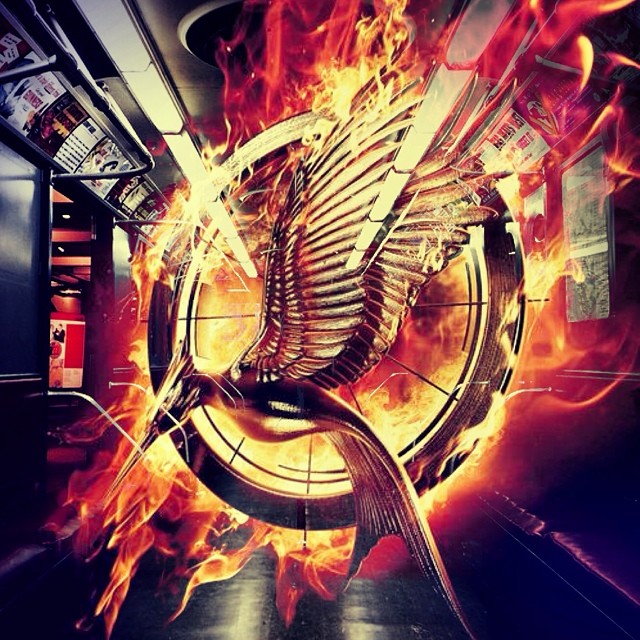 Waiting for the Mockingjay

In “Hunger Games: Mockingjay – Part 1,” Katniss Everdeen is being used as the face of the rebellion. Two factions are at war, Donald Sutherland is still pulling the strings as President Snow, and this trailer is glossy and gorgeous everywhere.

Julianne Moore joins the cast as President Coin, and as you’ll see in the trailer her trademark red locks have turned white. Josh Hutcherson and Liam Hemsworth return as Peeta and Gale, respectively. Woody Harrelson will reprise his role of Haymitch Abernathy, and Elizabeth Banks will continue to portray Effie Trinket. The late Philip Seymour Hoffman, who completed work on the film before his untimely death, will play Plutarch Heavensbee. Other returning characters include Beetee, Caesar Flickerman, Primrose Everdeen and Finnick Odair. Natalie Dormer, and her freshly-shaved head, will play Cressida.

“The Hunger Games: Mockingjay – Part 1” comes to theaters November 20, 2014. To join the social media conversation, use the official hashtag #OurLeaderTheMockingjay.