She probably won’t be wearing designer heels this time, but Sex & the City star Sarah Jessica Parker will be returning to TV at last. It’s been 10 years since the popular series went off the air, and a new decade calls for a new genre: drama. This time around, SJP will be playing a very different role. 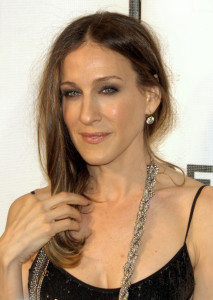 Back on the Small Screen

The series will be adapted from the non-fiction thriller “Busted: A Tale of Corruption And Betrayal in the City of Brotherly Love.” The show follows Wendy Ruderman and Barbara Laker, two investigative journalists who uncover a shocking corruption scandal in Philadelphia. SJP will be playing one of the leading ladies.

No problem, she’s played a writer before. Also attached to the project, David Frankel will direct the pilot episode. Frankel directed The Devil Wears Prada. Don Roos (Marley & Me) will write the script.

Sarah Jessica Parker played leading lady Carrie Bradshaw for 6 seasons in Sex & the City. This show will mark her return to television after a decade-long hiatus. In the past 10 years, Parker has appeared in several Broadway plays, a handful of films and a few guest starring TV roles. Fans will be glad to see her return to TV in a leading role.

The real-life Wendy and Barbara won the Pulitzer Prize in 2010 for their work in uncovering the corruption scandal. Sounds like a pretty good idea for a season finale. There’s no word yet on the name of the series or which network will carry it, but we’ll keep you posted. Will you be watching this new series, or skip it and wait for SJP to take on a role with more high heels attached to it?