Star Wars: Episode VII already strolled through the ranks of Game of Thrones‘ cast and snatched up Gwendoline Christie, who plays Brienne of Tarth on the HBO series, and will play… someone (thanks, J.J. Abrams) in the upcoming Star Wars sequel.

But Abrams has done it again- according to BBC News, another Game of Thrones actor is officially headed from fantasy to science fiction.

And that person is… Miltos Yerolemou 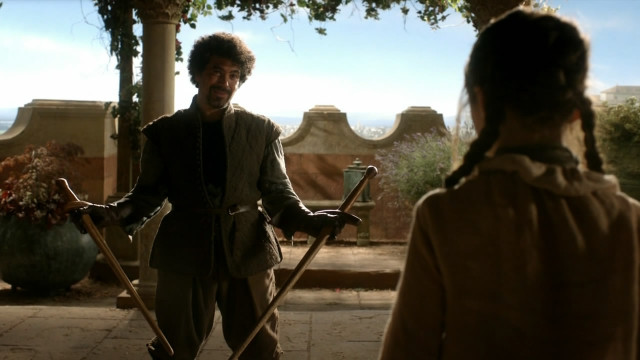 Not what you’d call a household name. At least, not yet.

But this is the best kind of news Star Wars could possibly give us (well, other than a trailer, a poster, a synopsis, or any of those things that J.J. Abrams will refuse to ever give out).

And Star Wars has snatched up both of them for a film where lightsabers are of the utmost importance.

Can you imagine how perfect it’s going go be when Syrio Forel in a robe and space-makeup starts flipping around a lightsaber between his hands and doing a little sword dancing?

I need this scene to exist with lightsabers. Only then will all be right with the universe. Also, if Star Wars wants to keep poaching Game of Thrones actors, that’s perfectly fine too.