It might seem like all of society wishes the Angry Birds movie didn’t exist, but that’s not actually the case. Never forget how blindingly, unbelievably popular the original iOS games are, and how much fan following that will attract.

There’s a first photo to see too, so lower your gaze to just below this sentence and take it all in. 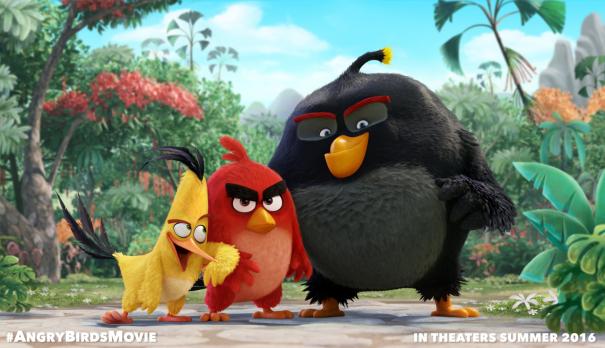 The red one (Red) is voiced by Jason Sudeikis, the yellow (Chuck) by Josh Gad, and the black (Bomb) by Danny McBride.

Next, add in Bill Hader as a pig, Maya Rudolph as Matilda (that is, the white birds that squeeze out eggs), and Peter Dinklage as the Mighty Eagle.

There are some unbelievably talented names in that cast- most notably McBride, Key, Buress and Brooks (who played Taystee on Orange is the New Black).

Does this mean Angry Birds has the potential to be kinda ok? Perhaps. The cast is solid and the character designs don’t look half bad.

Let this be a reminder to you all- never underestimate the popularity of a bird-flicking phone game, and the kind of A-list talent that can attract.