Netflix already beat out cable television as the cool new venue for TV-watching. Now, they’re poised to do the same for movies.

A press release put out by the company (found via Comingsoon.net) details Netflix’s latest foray into the world of filmmaking: the streaming service will host four exclusive feature films, all produced by and starring Adam Sandler. 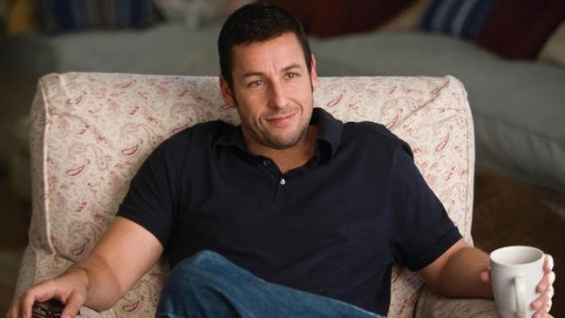 Seems like an odd choice, no? Netflix’s first big break came from the names David Fincher and Kevin Spacey, and “Adam,” followed immediately by “Sandler,” brings to mind an entirely different level of prestige.

But to count out Sandler is to count out the fact that he is hugely, immensely popular. Especially on Netflix, where his films are consistently the top streamers.

So the joining of Sandler and Netflix (I christen thee… Sandflix) might actually do some good. It’s essentially a guarantee that the first few movies to release exclusively on Netflix will be whopping successes, which is then bound to generate a lot of goodwill and profit for future endeavors.

If you like Sandler, this is a joyous day. If you’re not a fan… well, there are plenty of Adam Sandler films already on Netflix that you already ignore, so this is just four more. No big deal.