The Simpsons is About to Dominate All of Television. Forever.

At this point, The Simpsons is a cultural landmark. Kind of like Mount Rushmore- yes, it exists, but we’ve all seen it represented in every freaking souvenir store in existence. By now, Mount Rushmore (also, The Simpsons) has lost a lot of its pop culture luster.

Well, to FXX‘s credit (note: FXX is like FX, only it’s on a slightly different channel and it has an extra X), The Simpsons might have just launched its way back into new cultural coolness. 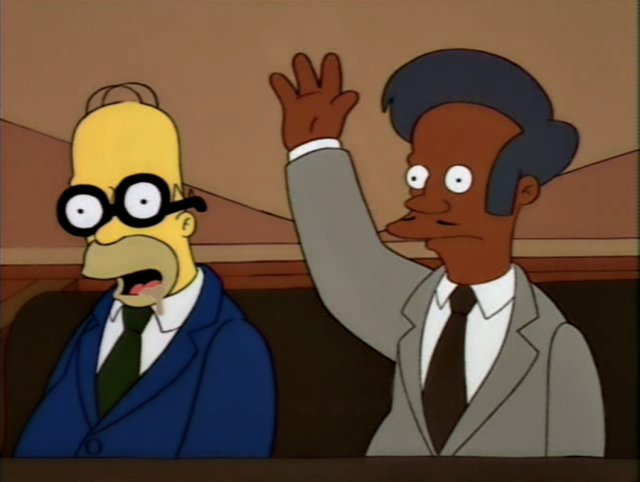 First things first- FXX has acquired The Simpsons in syndication. That means, for the first time in human history, The Simpsons is available in re-run form, on a network that isn’t Fox.

Which is neat, I guess.

Next things get neater- FXX is kicking off its Simpsons acquisition with a marathon. Of every Simpsons episode ever made. This marathon will begin halfway through August and end September 1st. This is the longest TV marathon in history, by the way.

And now for the neatest- along with the marathon, FXX will debut a new app called Simpsons World.

Simpsons World is a database of everything – everything– to do with The Simpsons. All 552 episodes. Endless troves of casting and writing and production information. Also, it’s got endless clips and sound bites for every character and situation. Everything.

When the app was first announced, an example was given. Say you search for Sideshow Bob. When you do, one of the options on Sideshow Bob’s page is a subsection, titled “Attempted Murders,” which is a list of every character Sideshow Bob has attempted to kill in the series. Plus links to character pages for each near-victim, plus clips of the attempted murders in question.

The app launches in October, and once it does, don’t expect any new posts for a while- I’ll probably be too busy giggling at endless Simpsons clips at neglecting all of my day-to-day responsibilities.

You should probably do the same.