As you may (or may not, I’m not a mind reader) know, filming is currently underway for the upcoming Batman v Superman: Dawn of Justice.

And filming being underway means something very, very important: now, people can sneak onto the set and snap pictures of things they shouldn’t be looking at.

Not that you shouldn’t be looking at him. He’s a perfectly reasonable-looking guy. 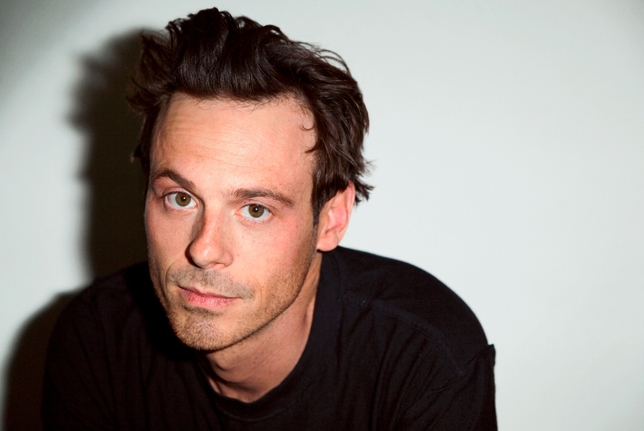 But McNairy is a part of Batman v Superman: Dawn of an Overly Long Title, and so when he’s shooting the movie, he becomes off-limits.

“Off-limits,” however, are not words that matter to those who would sneak onto a movie set to snap some secret pics. So here you go:

Scoot McNairy. On the set of Batman v Superman (thanks, Twitter).

Intrigued? No? Well you probably shouldn’t be. At least, not until you see what’s directly below McNairy’s knees: 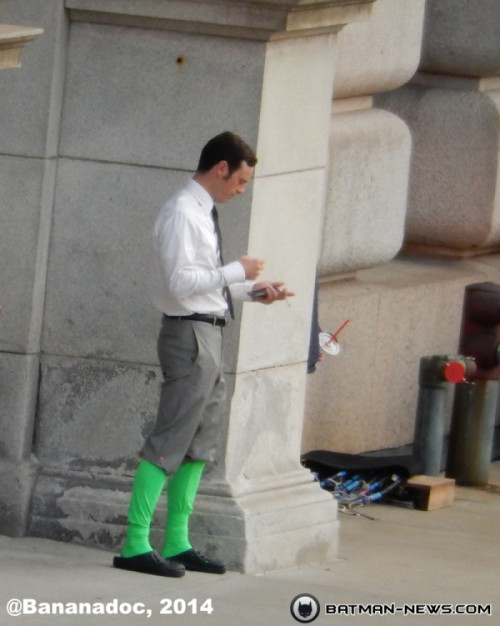 Voila! (also, thanks to Batman-News.com).

So what’s with the green knee socks? Obviously, it means that McNairy’s shins are going to get a little digital wizardry attached to them. Which could basically mean one of two things:

1. McNairy is playing an ordinary, average character whose knees are involved in some kind of brouhaha- say, his legs get caught under rubble, or pulled into some kind of space vortex.

Which is totally boring. Or…

2. He’s a superhero. Which is totally not boring. And, given that there’s only one major DC superhero who Warner Bros would be itching to include in their Justice League prequel and whose powers include unbelievable shin-strength, it’s safe to say Scoot McNairy just might maybe almost be playing that character.

This is, of course, an unsubstantiated rumor, but why else would a man wear green screen socks? Think it over. You know it to be true.