Every time a young man or young woman is gunned down in the streets we want to march.  We want to hold a “Stop the Violence” rally.  We listen to speeches by Al Sharpton, Jesse Jackson and Adam McFadden.  We take over city intersections and hold up signs, we hold marches up and down the streets.  We implore the police departments to do something about what is going on…but we refuse to do one thing.  We refuse to stand up to the terrorists that are causing all of this mayhem in our neighborhoods.  We refuse to let these terrorist; (because that’s what they are, TERRORISTS), we refuse to let them know that we can and will stand up to them.  We will turn them into the police.  We will testify against them in court.  And we will defend ourselves against them and their weapons of mass destruction. 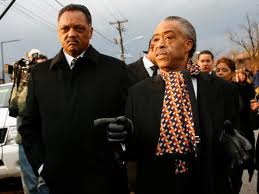 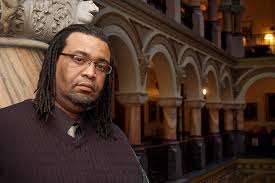 This is my disclaimer: I am a three (3) time felon.  I went to prison for selling drugs in my community.  I was the worst type of drug dealer because I would recruit your child to do my job for me.  I never sat in a spot, some kid did.  And now I have been home for three (3) years, without selling anything on any street.  And I’m telling you, my people to tell.  When neighbors called the police on me or showed their displeasure with me being near them, I moved.  In neighborhoods or streets where nobody said anything, I stayed.  You know your cousin shot that boy.  You know your home girl is planning on cutting that chick after school.  You saw on Facebook who did that robbery.  Don’t just sit there and do nothing…say nothing.  Let them know their behavior is unacceptable, let them know they can’t and won’t continue to get away with things like this.  Let them know what it feels like to be  ostracized for acting a fool.  And if that doesn’t do the trick…dial 911! 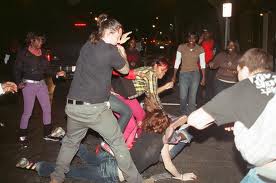 Parents, legal guardians, stop going to court screaming and shouting about how your baby never hurt anybody.  It’s a lie and you know it.  You know he was out there robbing folk and now you want to cry because somebody shot him.  Stop it!  Pastors, stop holding these funerals for known gang bangers and hustlers.  You know better, talking about he’s in a better place.  No he’s not, he’s in hell.  I believe in hands and feet.  I was told and I tell my son, “I will kill you before I allow the streets to”.  I didn’t start acting up until I was good and out of my mother’s house.  I made choices to be in the streets after I was gone.  I wish my son would come home with someone’s drugs to sell, I wish my son would join a gang, I wish I would find out my son was out wildin’ downtown or at the beach or in school.  I wish his mother would call me and tell me he disrespected her in any way.  Hands and feet.  Or like Lil’ Scrappy says “I wanna put my paws on ’em”!

Wives, girlfriends, baby mamas of these mens children, stop taking your children to these prisons where you are poked and prodded and violated just to see this man behind bars get angry with you because you didn’t bring all the things he wanted in a package.  Is he locked up for defending you or the kids?  Is he locked up because he was wrongly accused of something?  Or is he locked up because he was out in them streets doing what he had no business doing because he “had no choice”?  Children don’t need to see the inside of a prison.  Children don’t need to have “click-clicks” of their father because he refused to look for honest work.  He refused to stick around and raise his children. 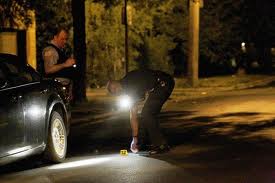 I was going to write about men not doing their jobs.  And let’s be clear; we are failing miserably.  But bigger than that, we are failing whole communities, whole families.  Institutions are being built on the backs of our stupidity.  In July of this year, the 2,000th soldier died during the “War on Terror”.  That’s 200 deaths a year by soldiers fighting in a war. (Whether you agree with it or not).  In that same time period, in 3 major cities(NYC, L.A. County, Chicago) and Rochester, NY, there have been 12,562 homicides.  90+% of them committed by and committed against black and hispanic males.  Please look at those numbers again.  There have been 6.25  times more murders in 4 cities than there have been in a decade long war. 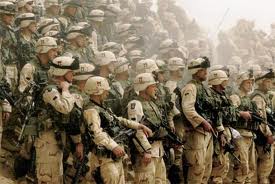 Terrorism is alive and well people and it’s right here in our own backyard.  It’s upstairs sleeping in a room that you pay for, sleeping in a bed you bought.  You pass him every morning when you go to work…he’s on that same corner and he’ll be there when you get off.  You know who they are, hell, some of you condone and encourage it.  Going to peoples houses to fight with your daughter.  Getting out of bed to take your man to handle some beef he got himself into.  Stashing the gun when they use it to harm someone. 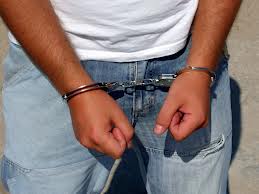 It’s time to stop marching, shouting, singing and following.  It’s time to take tangible action.  These people have no fear because they believe we fear them.  They know they have us shook right now.  We walk on by, we mind our business, we see no evil and hear no evil.  I know it’s hard to stand up to a bully, especially one with a gun but it’s the only way we’ll be able to stop going to these funerals like the one for Montre Bradley who stood up to fake ass gangsters who were trying to take what he had worked hard for.  2 of the “alleged” robbers have been caught, one is still on the run.  Somebody knows where he is.  Somebody knows what his name is, who his mama is, who he hangs with, where his favorite weed spot is.  Somebody knows something.  There is no reason this hooligan is running the streets free.  If you are not a part of the solution, you are condoning what is going on.  Stop it!