Worst teams in the NFL!

1)  Seattle Seahawks-Losing to the Arizona Cardinals is pretty bad.

The Seattle offense couldn’t score when it mattered most, and they handcuffed the team’s chances all game due to a dink-and-dunk offense that failed to stretch the field and take advantage of the Arizona secondary. 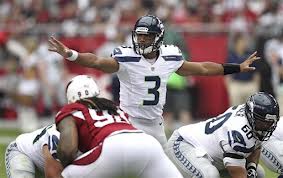 Where was Sidney Rice? And after cutting T.O, I thought Braylon Edwards would have a good year. After watching his reaction to the game winning touchdown going thru his hands. I doubt he still loves football. Sorry Russell but it looks like a long season for your offense.

2) Arizona Cardinals– The offense is still a huge question mark.

Skelton went out injured and the mobile Kolb had to move around in the pocket to make plays. 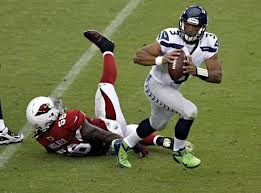 The offensive line allowed only one sack, but that’s as much a credit to the quick throws of the quarterbacks. Further complicating matters was the fact that the run game remained grounded by the same offensive line problems.

The Cardinals are 1-0, but no one should feel good about this team’s chances of hitting .500.

3) Carolina Panthers– Where was the run game?

Newton was asked to throw more in a game where the team ran the ball for just 10 yards. This isn’t how the Panthers want to play football. The interior line was dominated by the Tampa defensive tackles, especially Gerald McCoy. 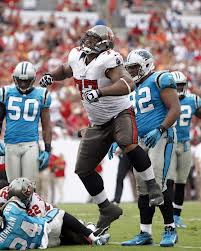 The push from the middle was enough to throw off the Carolina run game and keep Newton from escaping through run lanes created by over aggressive pass-rushers.

The team was gouged up the middle consistently, and the Panthers must get better at defensive tackle.

Now time for the AFC!

1) Miami Dolphins– In every aspect of the game, the Miami Dolphins were dominated. They couldn’t stop Arian Foster and the Houston run game. They couldn’t cover Andre Johnson. They couldn’t block J.J. Watt or Brooks Reed. From the opening kickoff, this was an all-around failure for Miami. And that’s why they are ranked No. 32 overall in every power ranking. If you have been watching the HBO series Hard Knocks you see why. Ryan Tannehill may be one of the stupidest players in the NFL.

2) Cleveland Browns– For as great as the defense played, the offense was equally abysmal. Rookie quarterback Brandon Weeden struggled from the first snap, completing just 12 of 35 passes for 118 yards. 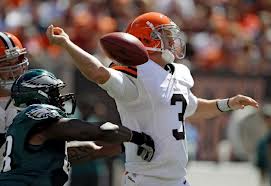 In a game where the defense did their part, the offense is the sole reason for a loss. Was Colt that bad? He better have been or else the whole front office needs to be released when Weeden is. Given the way he played and his age that shouldn’t be to far away.

3) Jacksonville Jaguars– In the end, the Jaguars couldn’t hold on for the win.

The strength of this team was supposed to be the defense, but allowing the Vikings to score 26 points doesn’t represent a tough defense. Allowing Adrian Peterson to rack up 84 yards, and second-year quarterback Christian Ponder to complete 20 of 26 passes, was ultimately too much for the offense to recover from. 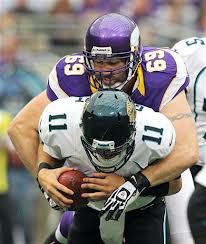 Losing in overtime to the Vikings wasn’t how the team wanted to start the year. Gabbert, while better, made too many poor decisions that kept the door open for the Vikings all day. In the end, those poor decisions were the difference in this OT decider.

4)  Oakland Raiders-The Raiders’ offense stunk up the joint. Carson Palmer went through a stretch in the second half where he threw to McFadden, and McFadden only. Palmer’s trust in his receivers seemingly went out the door after bad route communication led to his yapping at Darius Heyward-Bey after two consecutive passing plays. 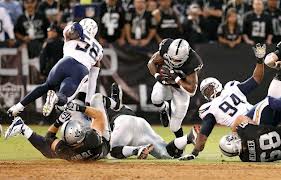 The offensive line did little to help. Palmer was consistently pressured by multiple defenders, and even the great McFadden struggled to find daylight. Special teams play was atrocious for Oakland, particularly the punt team. On three straight punts there was either a bad snap or block due to the offensive line. The real reason they are one of the worst teams is because they base the whole offense on one player. If McFadden goes down you can kiss the whole season goodbye or is it gone already?