You Have A Choice!

The Democratic National Convention clearly outlined what is at stake with the pending election. Speaker after speaker looked right into the camera and implored the American people to stand together stay the course, and not turn our backs on the progress  the country has made, (even if it is slow).

The GOP’s number one question to the people was “are you better off now, than you were four years ago”? The GOP figured that because the country’s recovery is the slowest since the great depression that the democrats would shy away from answering that question, until Bill Clinton looked right at us and said “Yes, we are better off now than four years ago”. 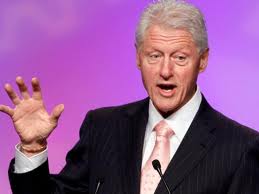 I thought the question was stupid to begin with because the word recovery in and of itself means that something or someone is getting better day by day. However, I do understand that the American people have a beef with the president because he didn’t accomplish everything that he said he would when he was running for office in 2008. I think now, and thought back then, that he was jumping out the window way too fast with all his promises because, everybody knows the wheels in DC move at a snail’s pace, and if you listen to President Clinton “No president, no president — not me or any of my predecessors, no one, could have repaired all the damage he found in just four years”. Obama compounded the problem by saying, if he was not able to fulfill his promises that he would be looking at a one term proposition. Someone should have told him what he was saying was impossible to do in just four years, but we the people should have also known that what he was saying couldn’t be done in that limited amount of time.

I have to commend Obama however, because he did not turn his back on his promises once he was in office. Though his goals were overly optimistic, he went to work to accomplish every single one of them, and although he fell short of some, he did succeed on others. He saved the auto industry, saving millions of jobs, he repealed “don’t ask, don’t tell” allowing openly gay men and women to serve in the military, he overhauled healthcare, making sure everyone has a chance at better health regardless if they have a pre-existing condition, and lastly and maybe more importantly for my daughter and every woman in the US, he signed into law the Lilly Ledbetter act insuring that women get equal pay for equal work. This is the progress that our President has made, and he has plans for the progression to continue.

The choice is yours, you can keep walking down the path of progression, or you can turn around because the path is full of pot holes and obstacles slowing you down. Democrats believe in the spirit and fortitude of the American people, I ask the question that Gatorade asks its athletes, IS IT IN YOU?