A fight broke out backstage of the BET Hip Hop awards between Young Jeezy and Rick Ross. BET security had to separate the two they was pushing and shoving each other and after that words were exchanged between the two. 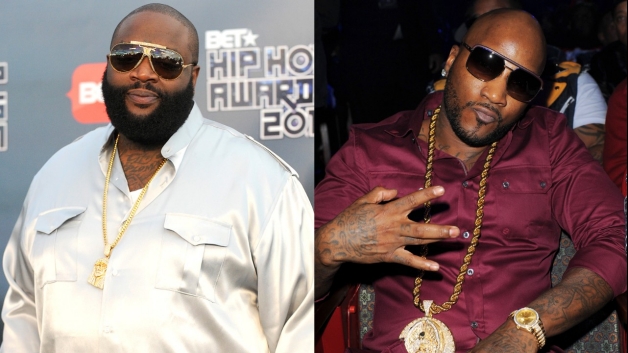 Sources stated that a member of Rick Ross entourage pulled out a gun and fired shots in the parking lot we don’t know the results of it but we will be watching because the two rappers are still back stage and the BET Hip Hop awards must go on so stay tune.It airs next month and they are in Atlanta,Ga.