X-Men: Days Of Future Past……. Film Review by Emperor Cole

Alright so if you are an X-Men fan you know that the latest film in the 21st Century Fox X-Men franchise has come out.  X-Men: Days of Future Past hit theaters on Friday May 23rd. This movie has  been anticipated for well over a year because of the comic book storyline that it is adapted from and it’s popularity with the “fanboys”.  I…. Emperor Cole am here to give you a full break down of the film and let you know my thoughts on it. 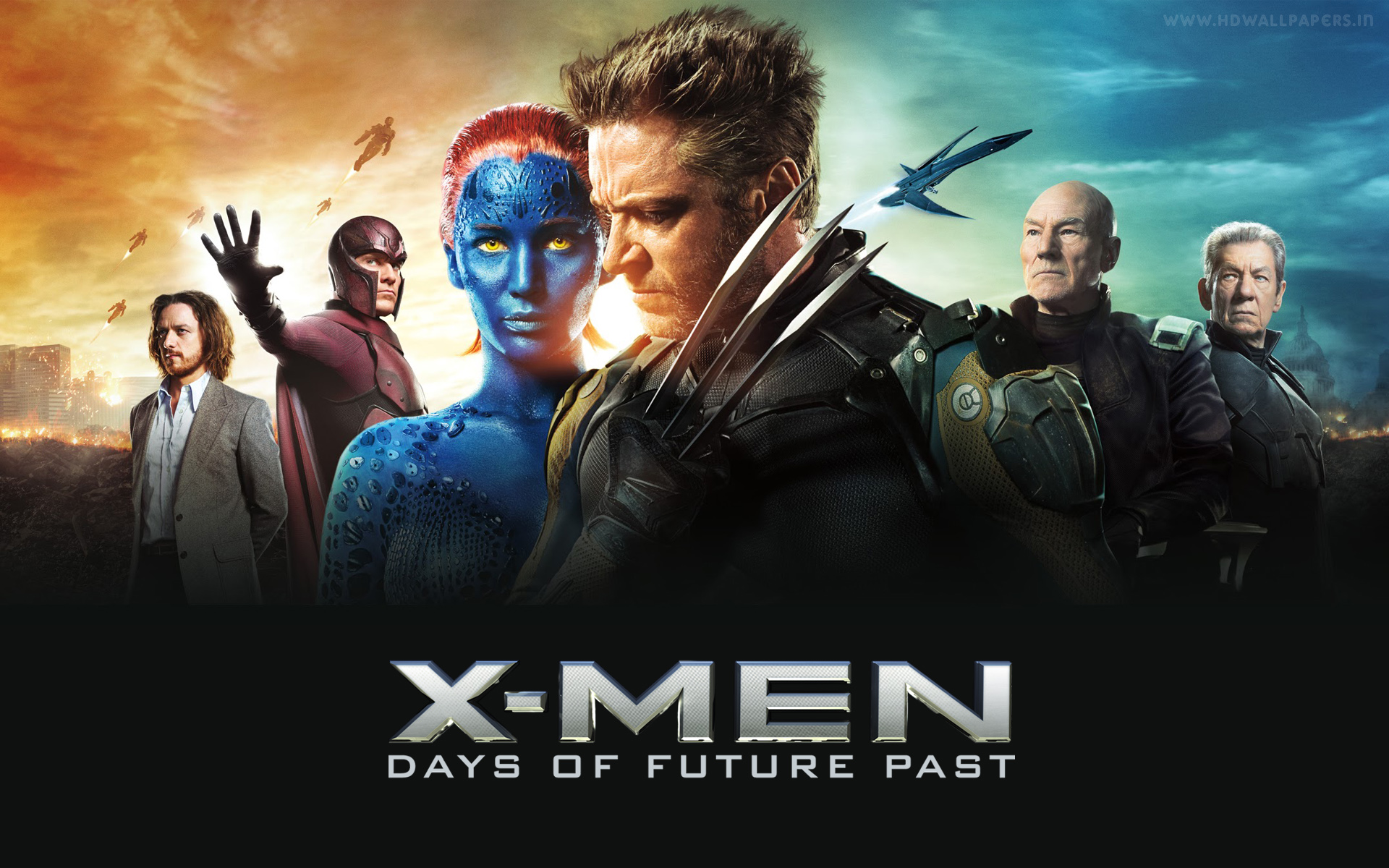 First off let me just say that bringing director Bryan Singer back for this movie was absolutely 100% the right idea and the best thing to do. Singer directed X-Men 1 & 2 and he did an excellent job with those two movies. He brought the audience in and kept them coming for more. Brett Ratner did a horrific job with X-Men: The Last Stand….but I will address that debacle much later.

The PRO’S—- And there are ALOT.

X-Men: Days Of Future Past captures so many things that are true to the essence of the X-men characters and the storyline of the original comic that this movie can be considered as the best comic book/superhero film EVER. It is right up there and running neck and neck with The Avengers and The Dark Knight.

Character development in this movie was off the charts!!!!! Professor Charles Xavier is NOT the same man that you knew when this film kicks off. He’s not in a happy place in his life and he is a full blown alcoholic and is in self loathing mode when the film kicks off. James McAvoy gave a performance that is LITERALLY worthy of a best actor  nomination award from the academy. He made the role of Charles Xavier so much more dynamic than I every imagined it would every be. From the 90’s cartoon and the first three films you get this impression of Professor X as the ultimate “do-gooder” but in this film he is portrayed by McAvoy as a much more layered man with motivations and demons like everyone else. 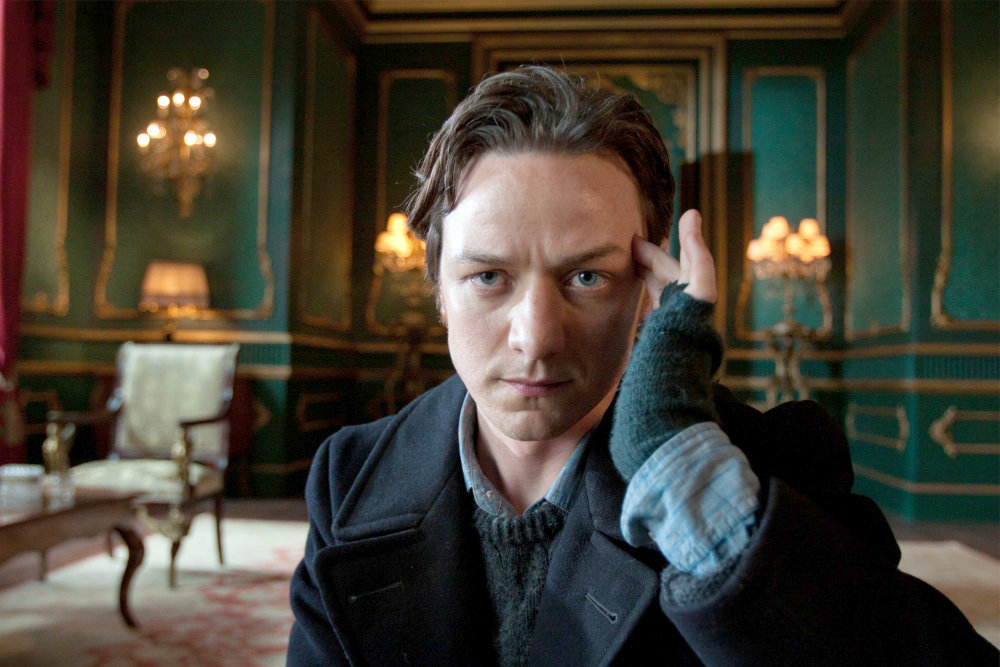 Jennifer Lawrence is extremely hot in Hollywood right now from her last few films, The Hunger Games: Catching Fire, Silver Linings Playbook, Winter’s Bone, American Hustle—and throughout this movie you completely forget that it is her playing the character of Raven/Mystique.  The storyline of the film focuses on the group trying to stop her from doing something that alters history FOREVER. I didn’t find her performance as Mystique in X-Men: 1st Class to be very good—– but in this movie she knocked it OUT THE PARK!!!! She did a great job of embodying the angry and troubled character of Mystique.  She did a hell of a job at being the female antagonist who is actually trying to do “good” and save her race of beings from human cruelty. Lawrence was exceptional at showing the struggle that the character Raven/Mystique was going through from growing out of the mold of being Charles Xavier’s childhood friend “Raven” to the women who stood by Magneto known as  Mystique who is willing to do whatever it takes. 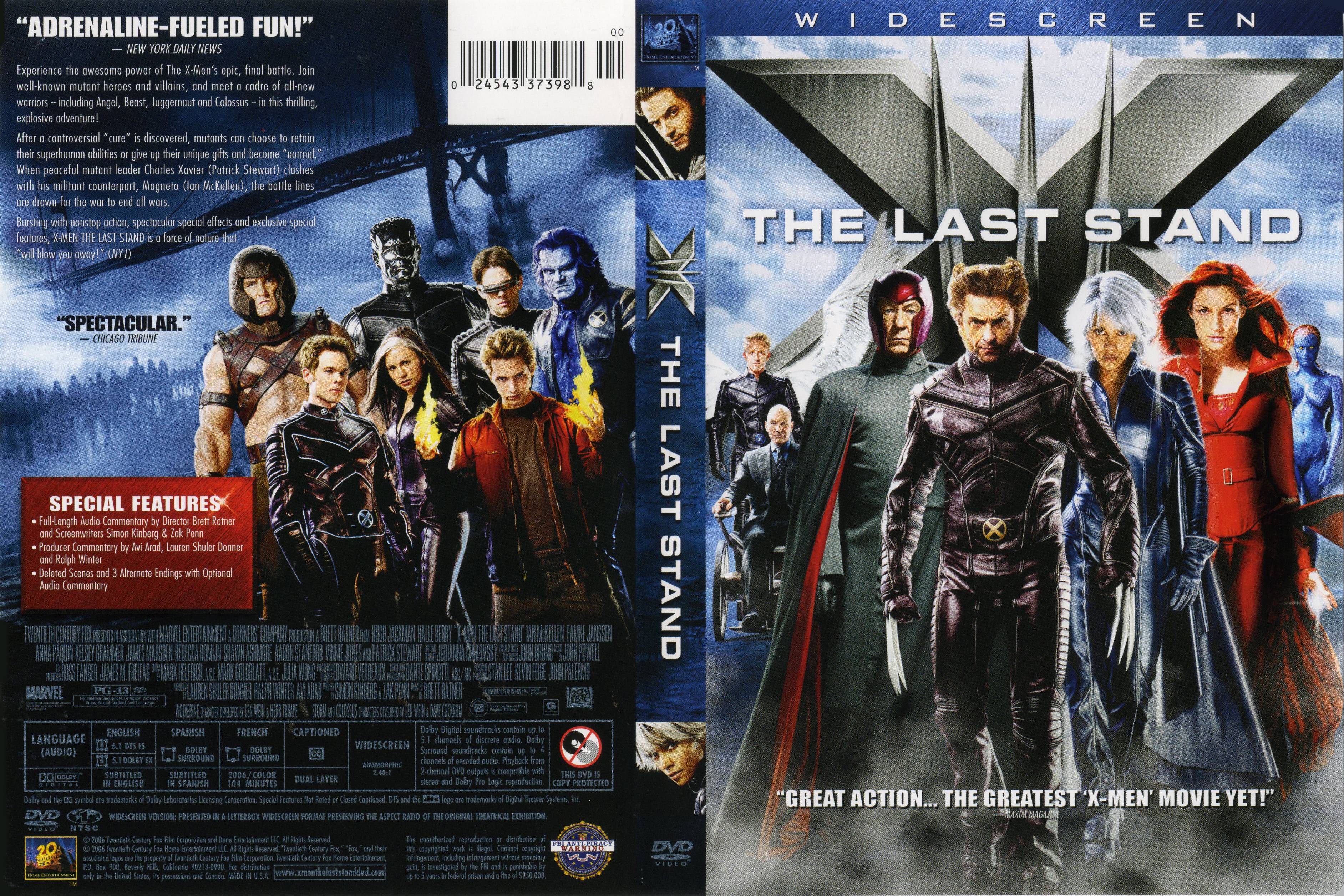 The continuity in this movie is seamless and this is something that really impressed me as a moviegoer and X-Men fan. This movie was somehow able to take EVERYTHING that happened in X-Men 1, 2 and 3 along with X-Men:1st Class and make them all work together and make sense. I was wondering how they would explain Jean Grey being dead along with Cyclops and all the things that happened in X-Men: The Last Stand— and somehow they were able to pull it off. Brett Ratner sank the franchise with that stink bomb movie called The Last Stand and Singer actually redeemed him by the end of this film. I won’t give it away so you will have to see it for yourself.

In the original story of Days Of Future Past from the comic books Kitty Pride was sent back in time to save the future…..in this one Wolverine was sent back because he was the only one who could survive the trip. The story worked so well with Wolverine being sent back  in time from his fight with the mobsters to his adjusting to the 70’s. The comedy elements that were added due to him being the main protagonist are pure movie GOLD.  Wolverine waking up in bed with a strange women in the 1970’s was absolutely hilarious. And him having to adapt to the fact that his adamantium skeleton had not been graphed and installed yet is a GREAT movie addition and it’s relevant to being consistent to the story.

This film has more action than ANY of the previous films! There are no dull moments in this movie. The movie opens up with action on top of action in the year 2023 with the futuristic Sentinels attacking a mutant base. The future X-Men characters don’t have very many talking lines but I still found myself emotionally invested because of the struggle for survival that they were trying to endure……a struggle for survival that we watched them go through over and over again because of the time travel element in the film.

The mix of action and plot points occurring in the past of 1973 and the future events in 2023 are very well blended from the X-Men being in the mountains of China to the Peace accord in Paris in 1973. 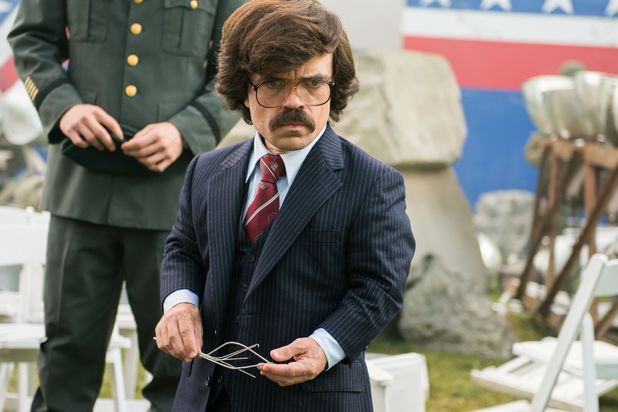 The film boast 3 villains and they aren’t convoluted at all and they all work together extremely well within the story frame work without stepping on each other. Mystique, Magneto and Bolivar Trask come together without any clunkiness and they move within the story very naturally. Magneto and his hidden agenda played out PERFECTLY and left me with a nice “surprise” moment when his true intentions where revealed. 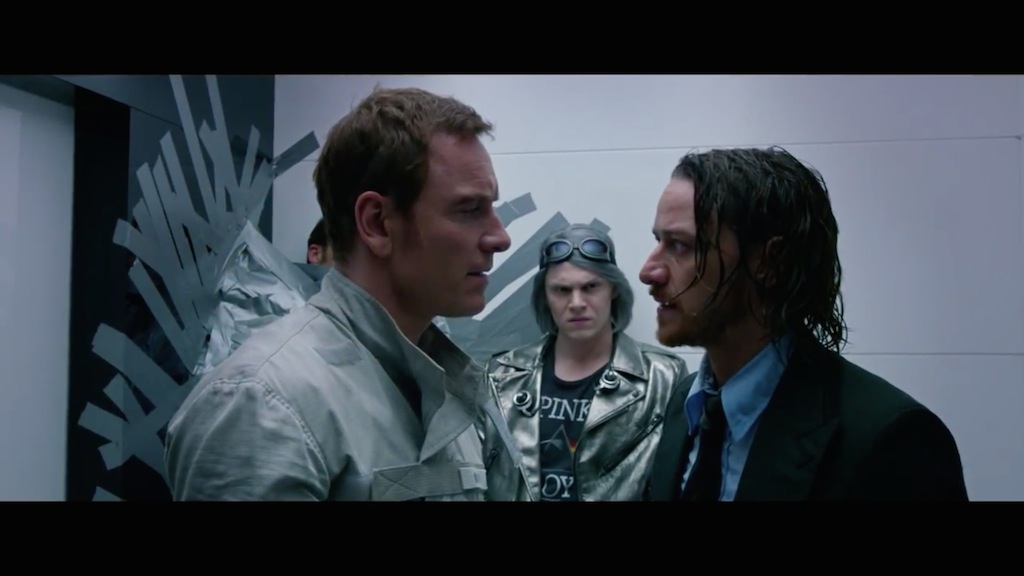 Evan Peters was a questionable pick for Peter Maximoff aka Quiksilver….and I definitely had my doubts when I saw the first image of him in costume as the Quiksilver. He looked very corny and I thought they were going to ruin the character. I am here to tell you maaaaaan was I WRONG!!!! They handled Quicksilver with such grace and properly illustrated his powers and ability. There is a scene with him that is very reminiscent of NightCrawler’s scene in X-Men 2, where his mutant ability is on full display. The scene has so much comedy yet so much authority that it goes to show how well directed and put together this movie really is. Quiksilver breaking Magneto out of prison is one of the best cinematic scenes in MOVIE HISTORY POINT BLANK PERIOD!!!! 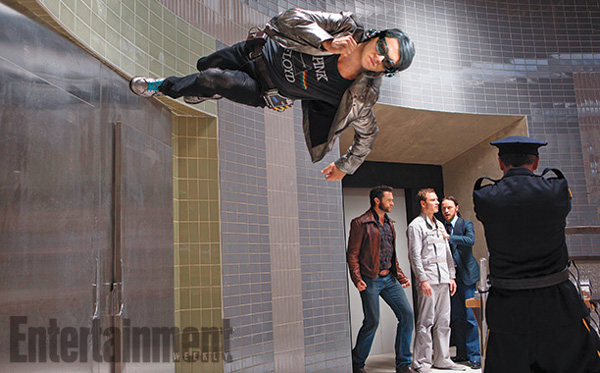 The ending to the movie is such a surprise and gift to ALL fans of this franchise that I don’t want to give it away but if you have seen the movie then you are aware of how BRILLIANT and GENUIS it really is. Bryan Singer has shown that he is a master at this genre and has a full understanding of these characters and this story. And lets just say the suits at Fox are happy that he has provide them with new life to run with in this X-Men universe. 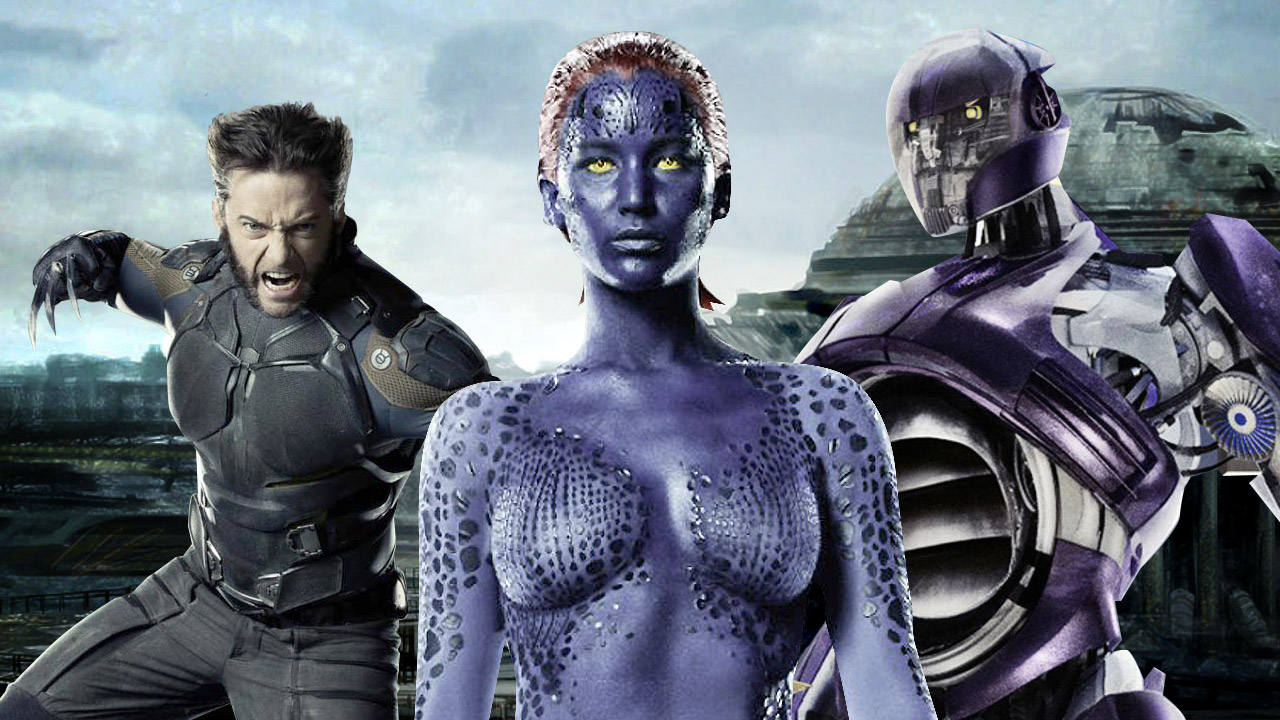 The complex relationship between Professor X and Magneto is a gem in this film. The fact that Raven/Mystique  is the main conflict between them is absolutely out of this world. The way she is used as an illustration of their difference in ideology is GREAT. Also the way the story shows how the relationship between Xavier and Erik (Magneto) changes over the years is moving to show that no matter the problem it can be solved between two people that are real friends.  To show that they were on completely opposite ends of the spectrum in 1973 and then  are together trying to save mutants from extinction in the future says alot about these characters and there friendship.

The movie is set in the 1970’s primarily at a time period when Richard Nixon was the president…….the actor that was cast as Nixon could have appeared to look like Nixon more——-that it is for the con’s.

X-Men: Days Of Future Past (Trailer)