Community Revived Once More, Now a Web Series at Yahoo!

Sure, the cult hit NBC series was cancelled for good back in May (both NBC and Netflix, the current savior of cancelled cult series, declined to pick it up), but that doesn’t mean there weren’t other options.

And sure enough, just now, just a few hours before the cast’s contracts expired and the show was officially no more, Yahoo has stepped in and claimed Community as its own. 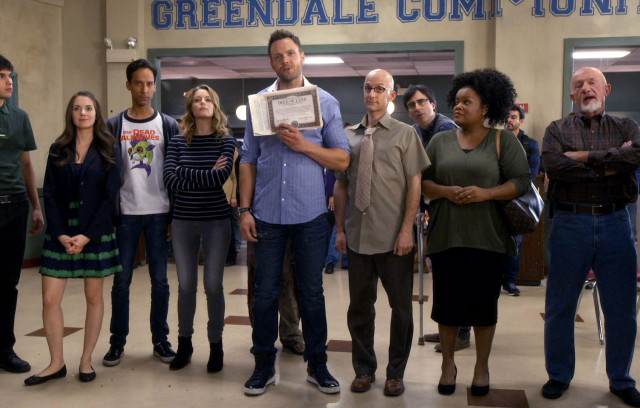 Now, no one expected Yahoo to be the one to save Community, but that’s just because Yahoo isn’t really in the same league as Hulu or Netflix or any other online TV streaming service.

But they’re trying to become the next big one, and scoring Community is a smart way to throw their hat in the ring. Like Netflix reviving Arrested Development, Yahoo is guaranteed to have a gaggle of Community fans flock to their new TV streaming venture- and Yahoo’s probably hoping they’ll stick around to watch whatever other original programming they’ll be churning out.

It’s an unbelievable story about the little show that just couldn’t be killed. And nothing sums it up better than a few words from series creator Dan Harmon:

“I look forward to bringing our beloved NBC sitcom to a larger audience by moving it online. I vow to dominate our new competition. Rest easy, ‘Big Bang Theory.’ Look out, ‘Bang Bus!”

Wise words to live by.